Internationally acclaimed Australian company CIRCA makes its debut as The Wallis’ first foray into contemporary circus with Humans on Friday, November 1 and Saturday, November 2, 2019, 7:30 pm, in The Wallis’ Bram Goldsmith Theater. In a thrilling and heart-stopping performance, ten acrobats from this award-winning contemporary circus ensemble push the boundaries of circus to take audiences on a stirring journey of what it means to be fiercely human. CLICK Here to read the review of this production. 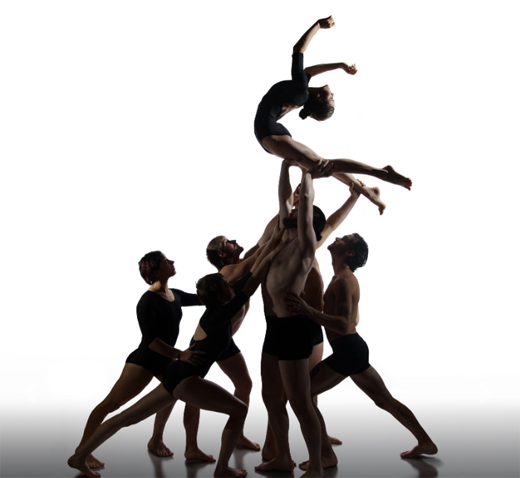 Exploring the physical limits of their bodies, they lead viewers to reflect on life’s burdens and find redemptive power in the physical and emotional strength it takes to overcome them. Created by Artistic Director Yaron Lifschitz and the Circa Ensemble, Humans premiered in 2017 at Australia’s Sydney Festival and has toured throughout Australia as well as to Romania, the United Kingdom, Belgium, Italy, France, Hungary, USA, Canada, Netherlands, Slovenia, Sweden, and Spain. According to The Guardian, Humans is a “five-star favourite… a clear demonstration of the artistry of circus.”

Circa Contemporary Circus is one of the world’s leading performance companies, blurring the lines between movement, dance, theatre and circus. From its base in Brisbane, Australia, Circa has toured the world since 2004, and its works have been greeted with standing ovations, rave reviews and sold-out houses across six continents. Circa is at the forefront of the new wave of contemporary Australian circus, pioneering how extreme physicality can create powerful and moving performances. Its reputation for fearless, boundary-pushing new circus is borne out in every one of its shows, which combine physical virtuosity with an expressive humanism.

Humans is directed by Yaron Lifschitz, with Jason Organ as Technical Director and Costume Design by Libby McDonnell. “Humans, the latest of over 50 shows created by Circa, has never before been seen on a professional stage in Southern California,” says The Wallis’ Artistic Director Paul Crewes, “and we expect this groundbreaking ensemble’s stunning athleticism to leave audiences with the joy and the artistry of circus.”