Skip to content
Additional Art Parties/Events – Last Half of July 2017!

Here is the final Update for July — Enjoy! Check back at the end of July for our August Picks! Plus don’t forget to check our Free Summer Concert list – Click HERE or go to our Upcoming Event Page and scroll down.  If you are interested in receiving emails when we update our events (3 – 4 x a month)…email us at LAArtParty@Gmail.com – with ADD ME to your EMAIL LIST – in the memo.

July 15, 2017:
David Kordansky Gallery is pleased to announce an exhibition of new work by Anthony Pearson. The exhibition will consist entirely of wall-based objects, including a new series of works the artist calls Embedments. Also opening tonight is an exhibition of new work by William E. Jones. The exhibition will feature a major new video, Fall Into Ruin, in which the artist gives a personal account of the life, home, and collection of Greek art dealer Alexander Iolas. It will also include a series of still photographs of Iolas’s villa taken by Jones on the occasion of his first trip to Greece in 1982. Both exhibitions will remain on view: July 15 – August 26, 2017; Art Party: 6:00pm – 8:00pm; David Kordansky Gallery, 5130 W. Edgewood Pl., Los Angeles, CA 90019;  http://davidkordanskygallery.com/

July 15, 2017:
Another one at Bergamot….William Turner Gallery presents “Peter Lodato: New Work.” A California native, Peter Lodato began making work in the late 1960s as part of the West Coast-specific Light and Space movement. Aligned with the concerns of his contemporaries, Lodato first constructed light installations that explored the nature of perception and the waythat physical environments could be transformed into immersive experiences for the viewer. Lodato’s paintings evolved from his preliminary drawings for these installations and eventually, Lodato was able to recreate the illusive effect of light with color, form, and canvas alone. On view: July 15 – September 9, 2017; Art Party: 6-8pm; William Turner Gallery, 2525 Michigan Ave., E1, Santa Monica, CA 90404; 310.453.0909;  http://williamturnergallery.com

July 15, 2017:
Lois Lambert Gallery throws an art party for three new exhibitions…Frank Oriti | “Material World,” Sonny Wizelman | “A Moment in Time,” and Chad Person | “My Tax Dollars Hard at Work.” Frank Oriti’s exhibition focuses on an exploration of not only the object, but the materials and the methodology that creates the reality. Wizelman’s figures and miniature components come Tabula Rasa, allowing him to build and paint the narrative of his choosing. Chad Person offers a collection of works that explores the relationship between people and the money they earn and the taxes they pay in a Capitalist society. On view: July 15, 2017 – Sept 3, 2017; Art Party: 6 – 9pm; Lois Lambert Gallery, 2525 Michigan Ave  E-3 Santa Monica, 90404; https://www.loislambertgallery.com 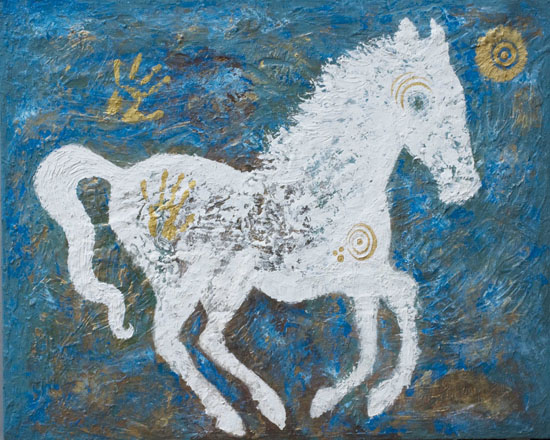 A couple more take place at Bergamot…dnj Gallery hosts an art events from 6-8pm, and one a bit later into the evening – Copro Gallery celebrates the 40th anniversary of Heavy Metal Magazine with a group art show…you know this is gonna be a wild art party. Bergamot Station, T-5, 2525 Michigan Ave., SM 90404; http://www.copronason.com/

July 15, 2017:
In Boyle Heights…COREY HELFORD GALLERY celebrates new exhibitions. Internationally-exhibiting pop surrealist Redd Walitzki will be featured in a solo exhibition titled “Stranger Than Earth.”  This exhibit is a requiem to an Earth transformed by climate change; there is no going back to the world we used to know, but perhaps we can create a new world full of alien beauty. In Gallery 2, enjoy new works by Nicole Gordon. “Dehydrated Rainbow” is her first solo exhibition with the gallery.  And one more group show will also be opening tonight titled “Defying Gravity.” On view: July 15 – August 12, 2017; Art Party: 6-11pm; COREY HELFORD GALLERY, 571 S. Anderson St. (Enter on Willow St), LA 90033; http://www.coreyhelfordgallery.com/

July 15, 2017:
Just down the street…VENUS over LA hosts a group show titled “Cunt.” I am not a fan of the name – let’s hope the art overshadows it. Art Party: 6-8pm; VENUS over LA , 601 South Anderson Street; http://venusovermanhattan.com/

July 15, 2017:
Also nearby…in Miracle Mile…Two art parties take place at KP Projects (which will be celebrating the photography of Vivian Maier) and Launch LA – both in the same building…RSVP ESSENTIAL TO:  RSVP@KPPROJECTS.NET

July 22, 2017:
BBAX in partnership with Women’s Voice’s Now (WVN) presents an afternoon of short films and discussion on “Women in the World: Where Do We Stand Today – United or Divided?” WVN Executive Director Heidi Basch-Harod and WVN Creative Director Leila Jarman will weave together stories of women from Brazil, Kenya, and the United States to open a conversation about the interconnected struggles and triumphs of women around the globe. This event is part of Bergamot’s Summer Celebration event from 1pm – 5pm; Short Films and Discussion; 4pm-5:30pm; RSVP: buildingbridgesax@gmail.com; Bergamot Station Arts Center, (F2 ), 2525 Michigan Ave. Santa Monica CA 90404; http://www.buildingbridgesartexchange.org/

June 22, 2017:
MIER Gallery is pleased to present Polly Borland’s first solo show of work in Los Angeles. Borland is well-known in Europe for her iconic 2001 portrait of Queen Elizabeth II as well as collaborating with musician Nick Cave and actress Gwendoline Christie. Comprising two series of works exhibited in MIER Gallery’s Greenacre spaces, the show presents Borland’s photographic series The Babies in its entirety for the first time in over 15 years alongside knit interpretations of her Smudge, Pupa and Wonky photographs woven by prisoners in a rehabilitation program in the UK. On view: July 22 – August 19, 2017; Art Party: 6:00pm – 8:00pm; MIER GALLERY, 1107 Greenacre Ave., LA, 90046; https://miergallery.com/

July 22, 2017:
Downtown….CB1 Gallery is pleased to present “Hot Time, Summer in the City,” a group exhibition featuring twenty-one contemporary artists. The work in the exhibition varies in medium from traditional oil and acrylic paintings to drawings that include graphite on paper, and ink and natural pigment on felt. Also included are several sculptural objects. 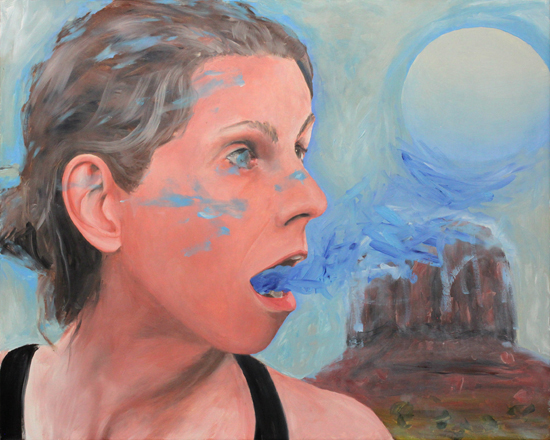 July 27, 2017:
Saban Theatre presents five-time Grammy Award winner, legendary Blues artist and Blues Hall of Famer Buddy Guy is a pioneer of the Chicago blues sound, and has served as an influence to some of the most notable musician of his generation, including Eric Clapton, Jimmy Page, Jimi Hendrix and Stevie Ray Vaughan.

Ranked 30th in Rolling Stone magazine’s list of the “200 Greatest Guitarists of All-Time,” Buddy Guy is known for his showmanship on stage: playing his guitar with drumsticks or strolling through the audience while playing solos.

July 29, 2017:
ROBERT BERMAN GALLERY presents Inspired by Robert Longo’s groundbreaking work “Men in the Cities,” David Trulli takes it further out with (space) MEN IN THE CITIES. “With each passing day we all feel a little more untethered. No stars or landmarks guide us in our new world” says Trulli, “The stress causes us fits, makes us semi-conscious, or in my case, makes me bounce back and forth between the two.  It’s dizzying.” Trulli adds: “Many days I’m ready to take the next spaceship out of here.” Art Party: 6-8pm;