Tuk Tuk Thai was founded over twenty years ago. Originally located on Pico Blvd, the restaurant moved to West LA in early 2022. If you are unfamiliar with the area, Sawtelle is a happening street filled with many Japanese restaurants. Tuk Tuk is located on the Northern side of Sawtelle, and the first Thai restaurant to join the well known street. I had the chance to review this restaurant on our sister site EatTravelGo.com (find it in the Stories Section, Dining Drinking Page, under Reviews drop-down. CLICK HERE for direct link. 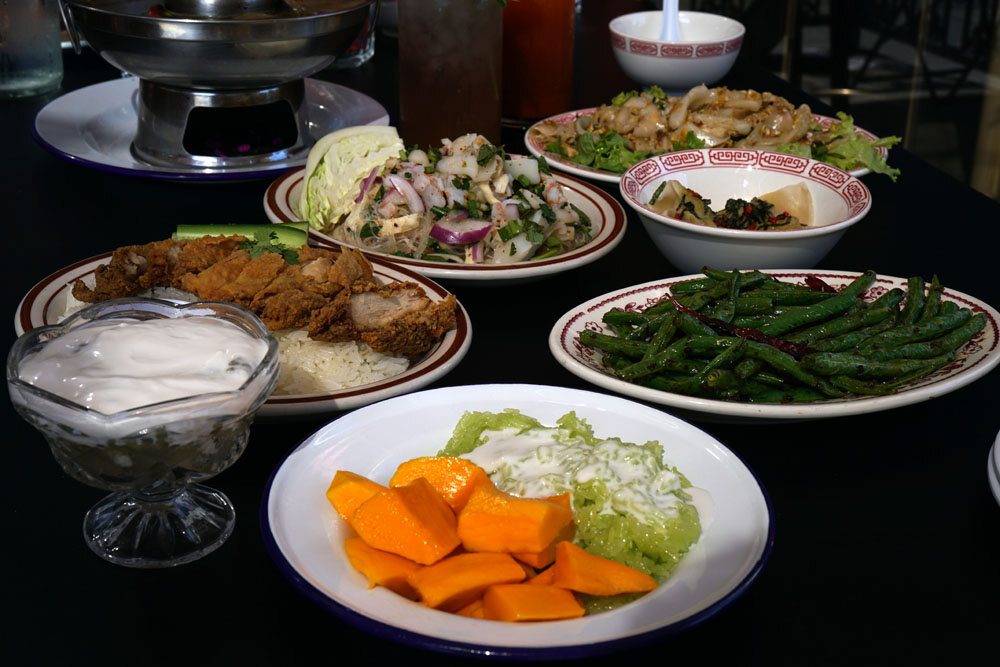 Tuk Tuk Thai is an original Thai concept that is a combination of quality Thai cuisine, fantastic service, and fresh ingredients all served in a modern, stirring environment.

Taking a spin on various forms of Thai cuisine, Tuk Tuk Thai brings a marriage of classic Thai spices and flavors together in the most delicious and fresh way possible. Tuk Tub’s popular Pad Thai dishes are what its known for- and for good reason! At Tuk Tuk, everything is made fresh daily, ensuring a truly homemade recipe with each bite.

Here’s a bit of background about the owners.
Restaurateur Katy Noochlaor and her sister Chef Amanda Kuntee come from a historic culinary family. Their parents (Chef Boon and Supa Kuntee) founded Chao Krung in 1969, marking it as one of the oldest Thai restaurants in Los Angeles. It moved to its current location in 1976 and is still going strong.

Growing up, Katy and Amanda worked in the kitchen with their parents, learned the trade, and eventually took over the well known restaurant, in addition to starting their own ventures. Katy also co-owns Same Same Thai in Silverlake, and the sisters collaborated on a new menu for Tuk Tuk Thai, when it relocated to Sawtelle.

CLICK HERE to read more about the restaurant. The food is delicious! Tuk Tuk Thai is located at 1638 Sawtelle Boulevard, LA, CA, 90025; https://www.tuktukthailosangeles.com